Sexual harassment though mobile devices in the Caribbean

My earlier research with colleagues in Islamabad indicated very high levels of sexual harassment in Pakistan using mobile phones, both in traditional ways for calls and texts, and also through access to online social media.  Evidence from other parts of the world also suggests that similar high levels are to be found in many countries with different cultural backgrounds and social structures,  However, there have been very few cross-cultural comparisons using the same methodology.  Together with Dr. Bushra Hassan from Pakistan, we are therefore using a similar online survey instrument to explore perceptions and experiences of the use of mobile devices in the Caribbean and in India (Hindi; English).

Despite the support of more than 50 organisations and individuals across the Caribbean, for which many thanks are due, responses to the survey have been lower than we had hoped.  However, we are reporting our preliminary findings here in part to encourage further responses to the survey that will then enable us to undertake a more rigorous statistical analysis of the data.

Key findings include the following:

Perceptions of sexual harassment through mobile devices in the Caribbean

Experiences of sexual harassment through mobile devices in the Caribbean 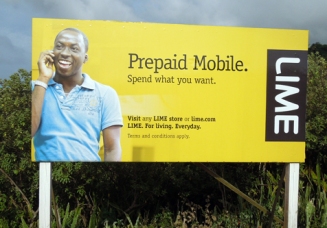 These are some of the headline findings of our research, but we need many more responses to be able to undertake appropriate statistical analysis of the results that will help us to dig beneath the surface and explain why some of these patterns exist.  The highest levels of responses have been from Guyana, the Cayman Islands and Trinidad and Tobago, and so we would particularly encourage responses from other parts of the region.  We are also very aware that mobile devices are just one of the ways through which sexual harassment exists.  However, it is an additional and very prevalent means, and we need to be aware of the extent that it is used to cause misery and oppression.

If you have not already done so, please complete the survey at https://rhul.onlinesurveys.ac.uk/sexual-harassment-through-mobiles-in-the-caribbean and encourage others to do so as well.  Thanks very much!