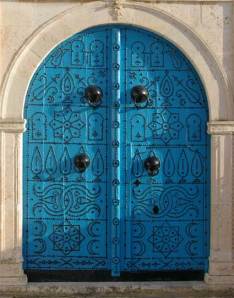 Two things have struck me in particular about the recent dramatic events in Tunisia and Egypt that seem to have been insufficiently addressed in much of the media coverage:

We live in interesting times.  Six months ago, I for one never thought that the start of 2011 would bring such political change – and I remain amazed at how peaceful and successful the protests in Tunisia and Egypt have been.  What will the next six months bring?  We all have much to learn from the people on the streets of North Africa.

Much has been written about the potential of new ICTs, and particularly mobile technologies and social networking software, to transform political and social systems.  A fundamental question that underlies all work in ICT4D is whether new ICTs can indeed be used by the poor to overthrow oppressive regimes, or whether, like other technologies before them, ICTs are used primarily by the rich and powerful to maintain their positions of power.  Until very recently, it seemed that despite the potential of ICTs to undermine dominant political structures, most attempts to do so have been ruthlessly crushed.  The ruling regime in Iran was thus able to suppress the ‘Twitter Revolution’ of 2009-10, and the Burmese government likewise maintained its grip on power despite extensive use of mobile ‘phones and the Internet during protests in 2007.

Recent events in North Africa, with the overthrow of President Ben Ali in Tunisia and the continuing protests against President Mubarak in Egypt, have widely been attributed in considerable part to the agency of mobile ‘phones and the use of social networking environments over the Internet.  Whilst it is too early fully to judge their importance in fueling such political protests, the following reports provide evidence in support of such claims:

Much research needs to be undertaken on the real role of ICTs in these ongoing political processes.  What seems apparent, though, is that many participants do indeed believe that these technologies are helping them achieve their objectives.